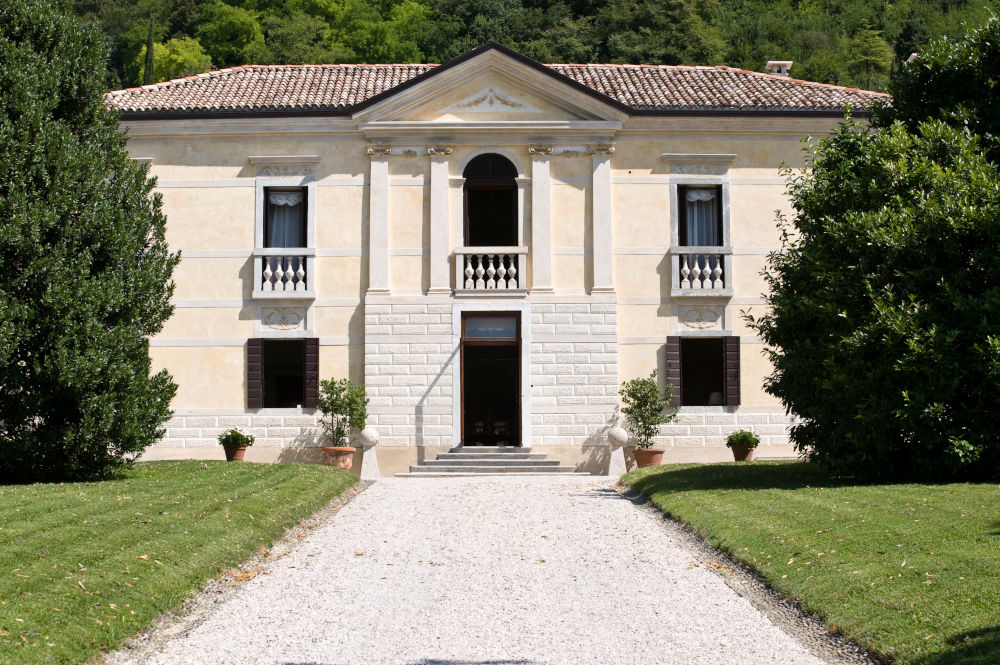 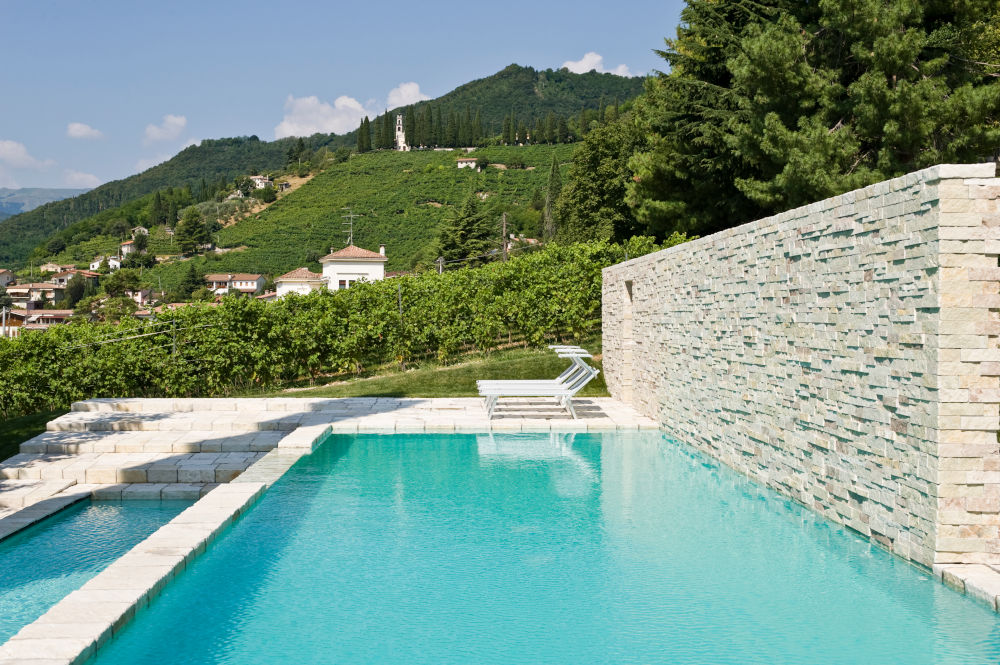 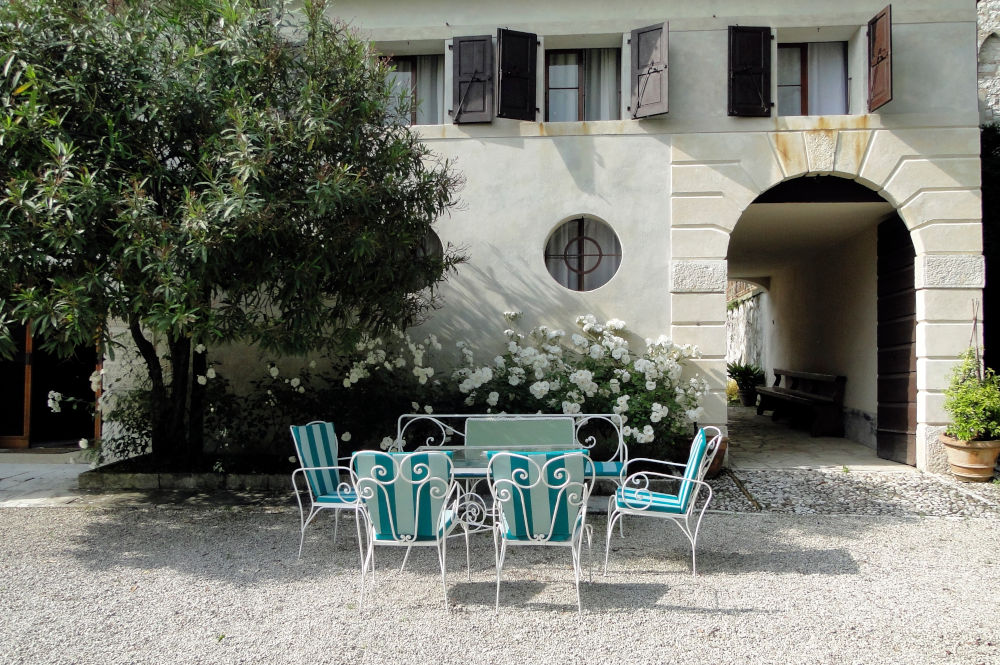 Villa Barberina, an eighteenth-century Venetian villa, lies at the foot of Prealps in Valdobbiadene, a town very famous for the Prosecco production. The present owners are also the Prosecco producers of the winery Nino Franco Spumanti. But in the past it belonged first to people from Treviso, then to the Pivas, a family of silk enlightened entrepreneurs who were benefactors for Valdobbiadene and its inhabitants. At the beginning of the twentieth century Celestino Piva bought it for his sister Barberina.

After crossing the main gate and following a path bordered by lawns and a garden of century-old trees, the guests begin to feel the quiet that reigns in this place. The villa is at the end of the driveway and consists of a central body flanked by two wings each with a tower. The towers functioned as dovecots in the past. At the back and along two sides of the villa a spectacular vineyard with an alley of cypress trees lies. Behind the house there is a swimming pool and a whirlpool perfectly harmonized with the environment. The whole property is surrounded by an old wall and is located near the centre of the town.

In the villa five bedrooms with bathrooms, large living-rooms, a well-equipped library and a spacious dining-room will accommodate all those guests who would like to pamper themselves. The green space is distinguished by some elegant and harmonious elements: stones, statues and a fountain the local people used to draw water from in the past. All these elements are the testimonies of a passed style of life when people from Venice used to spend their summer holiday in the villas around Marca Trevigiana, the Venice country-side. They knew very well how to live pleasantly! As a matter of fact they enjoyed both the natural beauties of these lush country views and the outstanding traditional local food and the fine wines.